What are Arms Regulations

Arms exports are restricted by U.S. Department of State.  These restrictions are delineated in the International Traffic in Arms Regulations (ITAR).  Export is defined to  include the reexport, retransfer, or release of information related to defense related technologies and services.  Items controlled by the ITAR are defined in the United States Munitions List (USML).

The related Export Administration Regulations (EAR) are enforced and interpreted by the Bureau of Industry and Security (BIS) in the Commerce Department.  Inspection and enforcement of imports and exports at ports, international airports, and border crossings is conducted by the Customs and Border Protection Officers.

For your information, sections of the International Traffic in Arms Regulations are available at the Federal Register or at the links below: 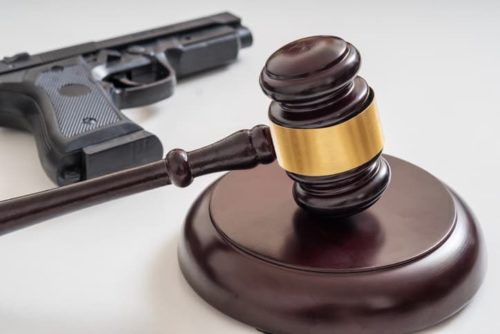 What Goods are Included Under ITAR?

The U.S. Munitions List comprises those items which fall under the International Arms Traffic Regulations.  The USML must be reviewed when determining if an item is ITAR controlled.  This list applies not only to the specific goods produced, but to parts, services, and technical data.  Major categories include Significant Military Equipment (SME) and the Missile Technology Control Regime (MTCR).

Included in USML classifications is the term “specially designed”.  As one might surmise, this terms refers to items that might not normally be thought of as inherently military equipment.  As an example, a power supply, would normally, not be thought of as a military item.  However if it is “specifically designed” for use in a jet fighter system, it would be.

What Constitutes an Export?

For practical purposes, ITAR regulations dictate that information and material pertaining to defense and military related technologies (items listed on the U.S. Munitions List) may only be shared with U.S. Persons unless authorization from the Department of State is received or a special exemption is used. U.S. Persons (including organizations) can face heavy fines if they have, without authorization or the use of an exemption, provided foreign persons with access to ITAR protected defense articles, services or technical data.

The History of ITAR

The Arms Export Control Act (AECA) and ITAR were implemented during the cold war to establish unilateral arms control.  These controls have continued to change, and the rate of enforcement activity has dramatically increased.  The U.S. Munitions List also undergoes changes in response to the development of new technologies and changes in the international political arena.  For example, until 1996–1997, ITAR classified strong cryptography as arms, and prohibited their export from the U.S..

Another change occurred as a result of Space Systems/Loral’s conduct after the February 1996 failed launch of the Intelsat 708 satellite. The Department of State charged Space Systems/Loral with violating the Arms Export Control Act and the ITAR.  As a result, technology pertaining to satellites and launch vehicles became more carefully protected.

The U.S and Canada have a very strong bilateral relationship and both nations participate in a number of international multilateral groups.  The unique relationship between the U.S. and Canada export laws can be traced the U.S./Canadian Defense Production Sharing Program.  This treaty was first enacted in 1956 to establish a cooperative agreement in defense research and development between the two countries.  It was amended later in 1963.

Both the (ITAR) International Traffic in Arms Regulations and the Export Administration Regulations have requirements for organizations to establish and maintain comprehensive and effective Export Compliance Programs.  The requirements include protection of information, established policies and procedures, regular training, auditing (both internal and external) and record keeping.   CVG Strategy Export Compliance Consultants can tailor a program to meet your organizational requirements.  We can also provide the essential training and auditing to keep your business compliant.

MIL-STD-461 MIL-STD-461 is an EMI/EMC standard for developmental test and evaluation.  This standard is broken out into nineteen various methods.  These methods include Radiated Emissions,