The U.S. Department of Commerce announced on December 21, 2020 that the Bureau of Industry and Security (BIS) will add a Military End User List (MEU) to the Export Administration Regulations (EAR).  The MEU can be found in supplement 7 to part 744.  The list’s first tranche of entities include one hundred and three military end users, which are from China, Russia, or Venezuela.

Entities listed as Military End Users, as defined in § 744.21, are considered to be directly related to the national armed services of their respective nations.  As such, exports, reexports, or transfers (in country) destined to these entities will require a license due to unacceptable risk of diversion to a military force.  Applications submitted for license to MEUs will be reviewed with a presumption of denial.

This action by the BIS will assist exporters by notifying them of known entities for which export will likely be prohibited.  It does not however, infer that, entities not on the list are cleared.  Parties involved in export, reexport, or transfer of goods must still execute due diligence in ensuring that they are not doing business with military end users.

On January 14, 2021, the Bureau of Industry and Security announced that the Chinese National Offshore Oil Corporation (CNOOC) had been added to the Entity List for intimidation of China’s neighbors in the South China Seas.

It was also announced that Skyrizon had been added to the Military End User List for its continued efforts to acquire foreign military technologies.  This action is seen as a direct threat to the U.S. national security and foreign policy.

The creation of the MEU was concurrent to the removal of Hong Kong’s status as a distinct EAR destination.  On the same day as the MEU announcement, the Federal Register announced that it had implemented amendments to Sections 2 and 3 of Executive Order 13936 had removed Hong Kong’s special status.

This effectively places the region on the same status as the People’s Republic of China, Country Group D, and curtails the export of sensitive U.S. technologies to the region.  These actions were taken because, actions taken by China, towards Hong Kong, have undermined Hong Kong Special Administrative Region’s (HKSAR) autonomy.  Here again the risk of export to Communist Chinese Military Companies was the overriding concern.

On January 22, 2021 the State Department announced that fourteen individuals who are or have been involved in the implementation of China’s National Security law undermining Hong Kong autonomy, are subject to blocking of properties or interests with in United States.

The international political stage is in a very dynamic state as China and Russia continue to engage in hostile actions.  The MEU provides the U.S. government with an effective tool for exposing entities engaged or cooperating in those actions.  As such it serves as a notification to those entities of the immediate consequence of those actions.  It also serves as an additional tool for businesses engaged in export, reexport, or in country transfers to screen prospective customers.

CVG Strategy consultants can tailor an export compliance program that meets your organization’s specific requirements.  We have extensive experience in ITAR, EAR, Anti-Boycott Regulations, Export Control Classifications, and the Canadian Controlled Goods Program (CGP).  We provide a number of services to businesses of all sizes including: Export Compliance Training, Technical Assistance Agreements, and answering your export compliance questions. 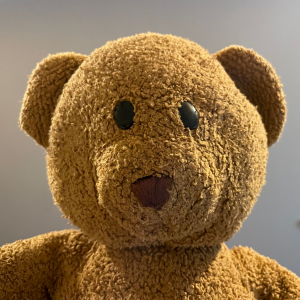