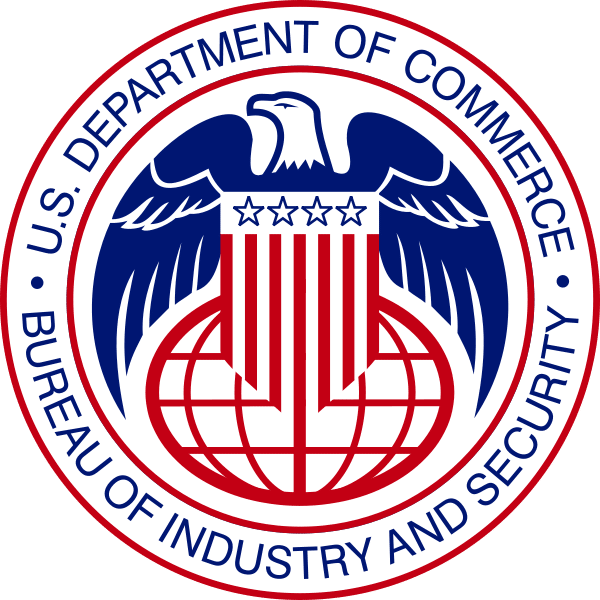 AGENCY: Bureau of Industry and Security, Department of Commerce.

This rule implements four previously proposed rules, and adds to the Export Administration Regulations (EAR) ECR-III controls on energetic materials, personal protective equipment, shelters, military training equipment, articles related to launch vehicles, missiles, rockets, military explosives, and related items that the President has determined no longer warrant control on the United States Munitions List (USML). This rule also adds to the EAR controls on items within the scope of the Munitions List (WAML) of the Wassenaar Arrangement on Export Controls for Conventional Arms and Dual-Use Goods and Technologies (Wassenaar Arrangement) that are not specifically identified on the USML or the Commerce Control List (CCL), but that were subject to USML jurisdiction. Finally, this rule moves certain items that were already subject to the EAR to the new Export Control Classification Numbers (ECCNs) created by this rule. This rule is being published in conjunction with the publication of a Department of State, Directorate of Defense Trade Controls rule revising USML Categories IV, V, IX, X, and XVI to control those articles the President has determined warrant control in those categories of the USML. Both rules are part of the President’s Export Control Reform Initiative. The revisions in this final rule are also part of Commerce’s retrospective regulatory review plan under Executive Order (EO) 13563.

This final rule is part of the Administration’s Export Control Reform (ECR-III) Initiative. In August 2009, President Obama directed the Administration to conduct a broad-based review of the US export control system to identify additional ways to enhance national security. In April 2010, then-Secretary of Defense Robert M. Gates, describing the initial results of that effort, explained that fundamental reform of the US export control system is necessary to enhance our national security. Implementing ECR-III includes amending the International Traffic in Arms Regulations (ITAR) and its US Munitions List (USML), so that they control only those items that provide the United States with a critical military or intelligence advantage or otherwise warrant such controls, and amending the Export Administration Regulations (EAR) to control military items that do not warrant USML controls. This series of amendments to the ITAR and the EAR will reform the US export control system to enhance our national security by: (i) improving the interoperability of US military forces with allied countries; (ii) strengthening the US industrial base by, among other things, reducing incentives for foreign manufacturers to design out and avoid US-origin content and services; and (iii) allowing export control officials to focus government resources on transactions that pose greater national security, foreign policy, or proliferation concerns than those involving our NATO allies and other multi-regime partners.

On April 16, 2013, BIS published a final rule setting forth the framework for adding to the CCL items that the President has determined no longer warrant control on the USML through the creation of “600 series” Export Control Classification Numbers (ECCNs) (78 FR 22660, April, 16, 2013) (herein the “April 16 (initial implementation) rule”). The “600 series” structure is described in the preamble to that rule at pages 22661-22663 and 22691- 22692 and in regulatory text at page 22727 and is not repeated here. This rule follows that structure in creating new ECCNs to control energetic materials and related items, personal protective equipment, shelters and related items, military training equipment and related items, and articles related to launch vehicles, missiles, rockets, military explosives and related items on the CCL.

The changes described in this rule and the State Department’s ECR-III rule amending Categories IV, V, IX, X and XIV of the USML are based on a review of those categories by the Defense Department, which worked with the Departments of State and Commerce in preparing the amendments. The review was focused on identifying the types of articles that are now controlled by the USML that either (i) are inherently military and otherwise warrant control on the USML, or (ii) if of a type common to civil applications, possess parameters or characteristics that provide a critical military or intelligence advantage to the United States and that are almost exclusively available from the United States. If an article was found to satisfy either or both of those criteria, the article remains on the USML. If an article was found not to satisfy either criterion, but is nonetheless a type of article that is “specially designed” for military applications, then, generally, it is identified in one of the new “600 series” ECCNs created by this rule. No articles from Category XVI – Nuclear Weapons Related Articles are identified in “600 series” ECCNs.

Section 38(f) of the AECA (22 U.S.C. 2778(f)) obligates the President to review periodically the USML “to determine what items, if any, no longer warrant export controls under” the AECA. The President must report the results of the review to Congress and wait 30 days before removing any such items from the USML. The report must “describe the nature of any controls to be imposed on that item under any other provision of law” (22 U.S.C. 2778(f)(1)). The Department of State made the congressional notification required by Section 38(f) of the AECA for removal of these items from the USML.

This rule implements amendments to the EAR proposed in the following four rules:

BIS’ responses to those comments and changes that apply only to a single set of controlled items are addressed in discrete sections below. Discussion of changes made by this rule that apply more broadly (cross references to ECCN 0A919, notes on forgings and castings, the United Nations reason for control, removal of the .y.99 paragraphs separate definitions for “accessories” and “attachments” and the composition of the entries for software and technology) all follow immediately below.

Broadly applicable changes made by this rule Cross References to ECCN 0A919.

In keeping with the pattern established in “Revisions to the Export Administration Regulations: Military Vehicles; Vessels of War; Submersible Vessels, Oceanographic Equipment; Related Items; and Auxiliary and Miscellaneous Items That the President Determines No Longer Warrant Control Under the United States Munitions List” (78 FR 40892) (July 8, 2013) (herein “July 8 (vehicles, vessels and miscellaneous equipment) rule”), this final rule adds to the “related controls” paragraph of Product Groups A, B, C, and D of the “600 series” ECCNs the following sentence: “See ECCN 0A919 for foreign-made ‘military commodities’ that incorporate more than a de minimis amount of U.S.-origin “600 series” controlled content.” This is a non-substantive change from what was proposed.

The four proposed rules on which this rule is based included a note in ECCNs 0A604.x, 1B608.x, 1A613.x, 0A614.x, 0B614.x and 9A604.x which stated that: “Forgings, castings, and other unfinished products, such as extrusions and machined bodies, that have reached a stage in manufacture where they are clearly identifiable by material composition, geometry, or function as commodities controlled by [ECCN].x are controlled by [ECCN].x.”

This final rule adds the phrase “mechanical properties” to notes in ECCNs 0A604.x, 1A613.x 0A604.x and 9A604.x, because there may be circumstances when the mechanical properties, as well as the material composition, geometry or function, of a forging, casting, or unfinished product may have been altered specifically for a part or component controlled by one of those ECCNs. The omission of “mechanical properties” from the lists in the proposed rules was an error that is being corrected in this rule. This final rule removes the note from ECCNs 1B608.x and 0B614.x because it is not relevant to product group B ECCNs, which apply to test, inspection, and production equipment.

None of the four proposed rules on which this rule is based included the United Nations (UN) reason for control in any of their ECCNs. Consistent with the April 16 (initial implementation) rule, this final rule includes the UN controls described in § 746.1(b) of the EAR in all of the ECCNs that it creates. These controls are consistent with the amendments contained in a final rule that BIS published on July 23, 2012 (77 FR 42973), titled “Export and Reexport Controls to Rwanda and United Nations Sanctions under the Export Administration Regulations.” That rule amended § 746.1 of the EAR to describe the licensing policy that applies to countries subject to a United Nations Security Council (UNSC) arms embargo and to limit the use of license exceptions to such countries. Applying that licensing policy and related license exception restrictions to the new “600 series” ECCNs that are created by this final rule is appropriate, because of the military nature of the items controlled under these new ECCNs.

The May 2 (energetic materials) rule, the June 7 (protective equipment) rule and the June 13 (training equipment) rule proposed including .y.99 paragraphs to ECCNs 1B608, 1D608, 1E608, 1A613, 1B613, 1D613, 1E613, 0A614, 0B614, 0D614 and 0E614. Those paragraphs would have imposed the antiterrorism (AT Column 1) reason for control on items that would otherwise be controlled in that ECCN but that had been determined to be subject to the EAR in a commodity jurisdiction determination issued by the Department of State and that are not elsewhere identified on the CCL (i.e., were designated as EAR99). Applying the AT Column 1 reason for control would have increased the number of circumstances under which these items would require a license. As stated in the preamble to the April 16 (initial implementation) rule (See 78 FR 22660, 22663, April 16, 2013), BIS agreed with a commenter that the burden of tracking down and analyzing whether items formally determined not to be subject to the ITAR that were also EAR99 items because they were not identified on the CCL outweighs the once-contemplated organizational benefits of creating the .y.99 control. Such items have already gone through an interagency review process that concluded whether the items were subject to the ITAR. Thus, BIS has determined that any such items should retain EAR99 status if not otherwise identified on the CCL and this final rule does not contain any .y.99 paragraphs.

The May 2 (energetic materials) rule, the June 7 (protective equipment) rule, and the June 13 (training equipment) rule enclosed the phrase “accessories and attachments” in quotation marks throughout their regulatory texts, in keeping with the July 15 (framework) rule, which proposed a single definition for that phrase. Subsequently, BIS published a proposed rule entitled “‘Specially Designed’ Definition” (77 FR 36409, June 19, 2012), which proposed, inter alia, creating separate, but identical definitions for “accessories” and for “attachments” to allow for instances when only one of the terms would be used. The April 16 (initial implementation) rule, which became effective on October 15, 2013, adopted that change as a final rule. Accordingly, this final rule identifies “accessories” and “attachments” as separate terms wherever they appear throughout the regulatory text.

This final rule diverges in certain instances from the four proposed rules on which it was based with respect to the composition of the ECCNs. Software and technology ECCNs related to end items, production or other equipment, or materials generally control software and technology for the development and production of those items, and for some combination of the following six elements: operation, installation, maintenance, repair, overhaul, or refurbishing of those items. Separate technical teams determined the scope of control for different groups of ECCNs. As a result, different software and technology entries varied in the number and type of functions controlled.

While this variation was not technically inappropriate, and did not receive public comments when proposed in four separate rules, BIS is concerned that retaining this variation would complicate compliance. Standard text across ECCNs is a simpler approach. Therefore, each software ECCN in this final rule will control software for “development,” “production,” operation, or maintenance of the relevant items. Each new “600 series” technology ECCN in this final rule will control technology for “development,” “production,” operation, installation, maintenance, repair, overhaul, or refurbishing of those items. To the extent that a particular function does not apply to a particular item because no software or technology to perform the function with respect to that item exists, no burden is imposed. Controlling a larger number of functions in technology ECCNs is not an increase in burden, because all six functions are now controlled for technology on the USML. Similarly, all “production” “equipment” ECCNs will control test, inspection, and production equipment “specially designed” for the “development,” “production,” repair, overhaul, or refurbishing of the relevant items.